ARGOS is the only global satellite-based system for location and data collection designed specifically to study and protect our planet’s environment.

In the late 1970’s the ARGOS Data Collection and Location System was conceived by engineers at the French Space Agency after their successful operation of a similar experimental data relay satellite for acquiring and relaying telemetered data from meteorological balloons. Dedicated to the environment and begun as a cooperative program among major space agencies and government institutions CNES, NOAA and NASA, (joined later with JAXA and now with EUMETSAT and ISRO as well), the ARGOS success story has spanned more than three decades and has had an enormous positive impact on our ever-evolving capabilities for earth-based biological and physical sciences research. 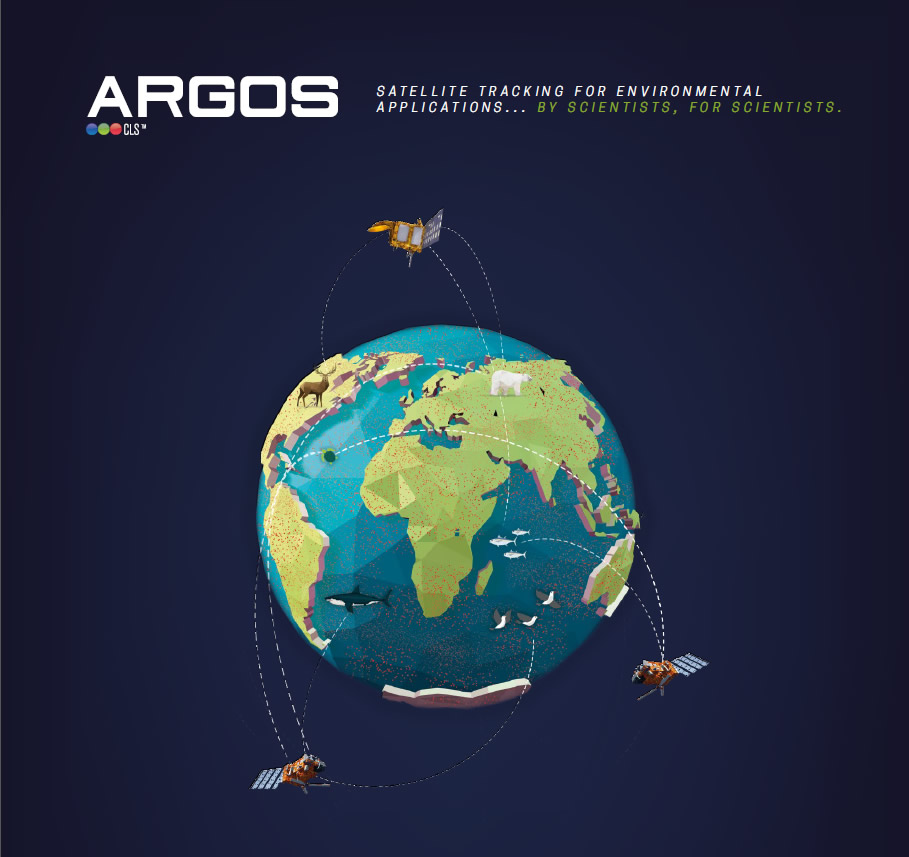 What is the ARGOS system used for?

In a context where global warming is a hot topic for humanity, the ARGOS system is a key technology. It allows us to measure what we are experiencing. It has made it possible to measure extreme temperatures at the poles, CO2 concentrations and increased acidification of our waters for over 30 years. In addition, data buoys deployed in the ocean use to ARGOS system to transmit otherwise unattainable measurements of atmospheric pressure at the sea surface, and current speed and velocity. ARGOS has also contributed to measuring mean sea level rise, via the ARGO profiling floats network. 5 000 ARGOS oceanographic buoys currently collect data from our seas and oceans, feeding meteorological and climate models. It has contributed to understanding ocean circulation by providing the invaluable in situ measurements that validate space-based measurements of the ocean. These uncontestable data have been used by the Intergovernmental panel on climate change to alert the international community about the importance of reacting promptly.

ARGOS also tracks 8,000 animals each month, and over 100,000 animals have been studied since the system was created in 1978. Birds, fish, marine mammals and land animals, can all be equipped with ARGOS transmitters. Thus scientists, biologists, health centers, can study migration, feeding grounds, breeding zones, birth areas. They can map the territories of different species to protect and support the preservation of our biodiversity and our marine resources. Thanks to transmitter miniaturization, it is possible to track over 1000 new, smaller species, species of a few hundred grams. Thanks to evolving technology, our knowledge of wildlife increases and we can better protect it.

But the ARGOS system is not limited to meteorology, oceanography, biology…Thousands of fishing vessels are equipped with ARGOS beacons. Vessel monitoring is crucial to preserve our marine resources, fishing is an economic activity that supports more than 500 million people. In addition, over 1 000 merchant ships are equipped with ARGOS “emergency” beacons in case of at-sea robbery or piracy. They are regularly triggered in the Strait of Malacca or near the East African coast.

2018 Alliance Brief on Examples of ARGOS Use

Wildlife tracking using ARGOS is the most efficient way to track long distance migrants. The technology provides enormous opportunities to understand migration ecology of birds both at coarse (long-distance migration) and fine resolutions (habitat use etc.). I have used this technology for nearly 15 years and I continue to be fascinated by it even today. The technology has huge conservation implications, both locally and regionally and can be a very effective education awareness and outreach tool!

Our ability to track fish with the ARGOS satellite system has dramatically changed the way we think about these amazing animals.

Being able to track penguins at sea using ARGOS technology has opened new insights into the natural history and breeding biology of penguins. From our satellite tracking, we know that Magellanic penguins can swim 176 km per day and some individuals swim at the same speed day and night, presumably because they are so anxious to return to the colony to feed their chicks.

Since 1985, my colleagues at the USGS Alaska Science Center have deployed over 3 000 ARGOS transmitters on over 40 species, with a research emphasis on polar bears, walruses, sea ducks, waterfowl, and shorebirds. I have witnessed satellite tracking evolve from an experimental application to a powerful tool for wildlife science and conservation.